Octa 5 & SNAPGRID Pairs with SkyPanels S60 on The Luminaries

“We used pretty much every size SNAPBAG there is on an assortment of LED fixtures including Astras, Creamsource and Skypanel S60 …’

Denson Baker, ACS, NZCS refers to his cinematography style as painterly atmospheric, with a dose of heightened naturalism. He likes to use soft sources with strong contrast. Think: shafts of light streaming from windows, often tempered with atmospheric haze.

It’s no surprise he was attracted to DoPchoice light softening and directing tools when his gaffer Václav "Enzo" Čermák, recommended them for the feature, Ophelia. “I love soft light but controlling it and keeping it of the set walls is very important.” DoPchoice was the solution. “We used the SNAPBAGS and SNAPGRIDS on many of our sources,” As a matter of fact, he explains, “We used them at some point every single day of the 46-day shooting schedule.”

For the 6-part book-adaptation of The Luminaries, Baker brought a rich and varied lighting pallet to the New Zealand stages and locations. “We used pretty much every size SNAPBAG there is, on an assortment of LED fixtures including Astras, Creamsource and Skypanel S60 that was particularly useful when paired with the SNAPBAG Octa 5’.

“When you have an S60 with a SNAPBAG Octa 5’ or 7’ and a SNAPGRID on the front, mounted on a wind-up stand with wheels, you get a beautiful soft source that is dimmable, colour controlled, quick and easy to move around—and it has a relatively narrow profile so you can use it in a tight space. It is a very sturdy, smart design that’s also quick to set-up, Baker explains.

“It is my favourite key light right now. We used a SNAPBAG Octa 5’ with a SNAPGRID on the front, on the Arri S60 to light 80% of the actress, Eva Green’s coverage. It is the perfect natural looking beauty light. We would often hang a 12×12 silk in front on a couple of stands to soften it even more and then just float a 4×4 Opal frost just out of shot, for her mid shots and close-ups.

Quick set-up and easy control is important to him. “We frequently rigged it and hung it from the ceiling which allowed us to get a soft key light into a position that is often much more difficult or even impossible to achieve on a tight turn-around.”

The Luminaries is in color grading now and is scheduled to air within the next few months. Once completed it will be broadcast on BBC2 in the UK and TVNZ1 in New Zealand. Now Denson Baker is in Rome working on a new series shooting at CineCittá Studios. This time he aims to create a poetic realism with a gritty, graphic novel quality to it. After shooting scenes with the iconic Italian star, he says, “ I used the DoPchoice Octa 5 as her key light for every shot we did with her. She looks fabulous!” 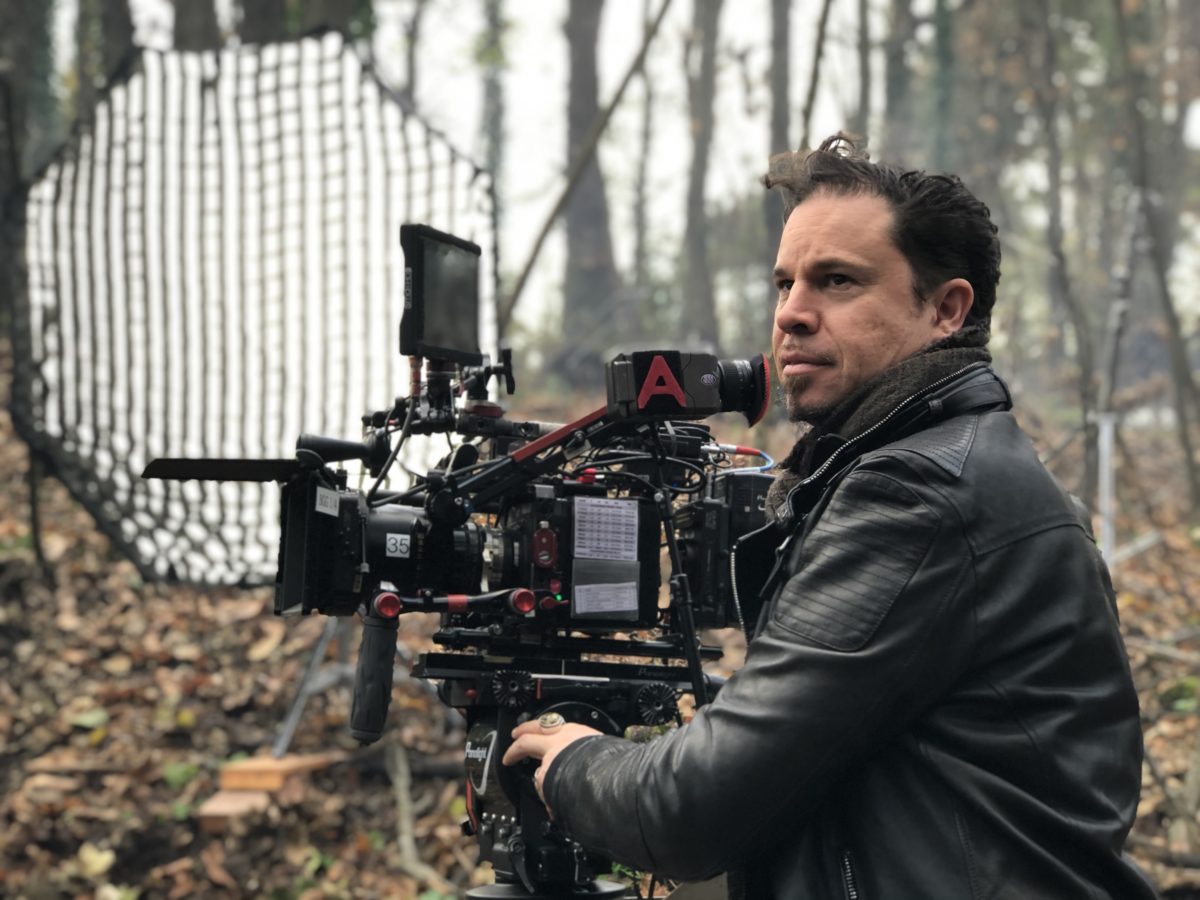 “The Octa 7 is a powerful tool”, he explains, “It replaces an 8×8 diffusion frame, and creates a large controlled soft source, that mounts on a single stand along with the light fixture.”